Notre jour viendra, 2010, directed by Romain Gavras, presented at the 35th Toronto Film Festival is the first feature film of the french director.
The film, that has as main characters Vincent Cassel and Oliver Barthelemy, point the objective on no men’s land people, as the 21st Century France seems not to have space for them. This dissatisfaction and freedom need will lead them to undertake an escape, that sometimes takes romantic tones, at the research of a utopian community, that only exist in their minds. A film in which the nihilism and the uncomfortableness find an answer in the spasmodic research of the non substance of the contemporary existence.

Romain Gavras, son of the famous director Costantin Costa – Gavras, is one of the most innovative and transgressive music video directors. He has shot and produced videos for the most famous hip hop musicians, from Justice to M.I.A., considered masterpiece or disliked for the violence and the expressive strength of its language. 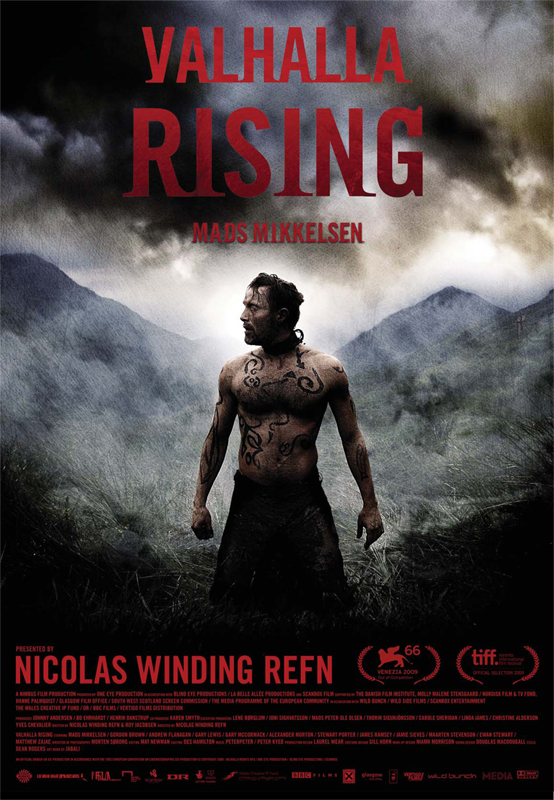 Valhalla Rising – Blood kingdom (Valhalla Rising), 2009, directed by Nicolas Winding Refn, presented at the official selection of Toronto International Film Festival and to the 66th International Festival of Venice, it’s an epic film, that tells the research of the promise land (Valhalla) by a group of vikings and the personal trip of a man to the salvation and redemption. An adventure at the world boundaries, shoot entirely in Scotland, in amazing sets that gives to the film the violent and archaic fascination of the nordic tells.

Nicolas Winding Refn, is one of the most famous director, nowadays. Among his other films he directed “Drive” (2011), winner of the Best Direction Award at Cannes Film Festival.